My spin song this morning was about YOUR big goal. Weird, huh?

This morning, I was doing my own “indy spin class,” and my ipod Shuffle rotated in one of my favorite songs, “I’ve Got You Under My Skin.” You know … this one.
Now, I figure Frank Sinatra was probably singing this song to a really classy dame, but when I hear the song, I always sing it to my latest BIG goal …

And then the strangest thing occurred to me.
I think this song is about YOU, too …
If you’ve committed to making a big goal happen in 2017, it doesn’t matter what the goal is … it could be anything from greater business fitness to true financial freedom … but it’s not going to become your reality unless it’s first gotten under your skin.

When you’re truly acting on a goal, it becomes your obsession. You dream about it. You wake up thinking about it. It’s deeply imbedded in the activities you undertake every day. It’s your new adventure.

Goals need to be obsessed about. Otherwise, your existing mindset (your paradigm) … and the way you do the things you’ve always done (your paradigm) … will keep you in status quo (your paradigm).
Even Sinatra recognized his own paradigm singing its own “Better to Stay in Status Quo” song when he noted . . . .

I’d sacrifice anything come what might
For the sake of having you near. (ahem. That’s your 2017 goal.)
In spite of a warning voice that comes in the night
And repeats, how it yells in my ear –
“Don’t you know little fool, you never can win.
Why not use your mentality? Step up, wake up to reality!” (That’s your paradigm talking)
But each time I do, just the thought of you
Makes me stop before I begin.
Because I’ve got you … under my skin!

First step: Obsession.
Second step: ACTING on the Obsession.
That goal you may have decided on six months ago when the New Year dawned bright … that ACTION you were going to take to CHANGE your career or START a business or take your existing business from this level to THAT LEVEL after the last seminar you attended … has it driven so deeply into your bones that it’s become a part of you? Or, has that warning voice in your head tolled so many times that you decided you “never could win?”

Actually, there’s an easy answer to that. If you truly want to make that Big Goal a reality, you’ve already created a PLAN (however remedial it might seem to you), and you’re taking ACTION on that plan on a near-daily or daily basis.

If this isn’t happening, either your “Big Goal” really wasn’t that important to you, or the “warning voice” in your head has won the first round. I’m going to assume it’s the latter in your case because, well, Frank Sinatra was singing about YOUR big goal to ME this morning, for heaven’s sake, and he doesn’t do that very often.

Is your Big Goal Stuck in a Big Way? 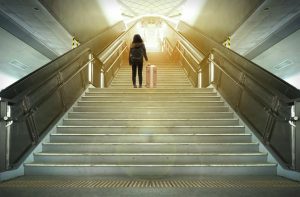 If you haven’t created the plan, or you don’t think the plan is working … or if you find you simply aren’t taking action, I’m here for you.
For more than 25 years, I helped many clients with what I consider the two most important steps they needed to achieve anything they truly desire:

#1.
I know how to SEE your idea at a very big level. Then, I help you create the building blocks that take your idea to that reality.
It doesn’t matter if you have a brand-new idea or if you’ve already established and grown a giant business that’s you think should be taken to a new, stratospheric level. For me, finding the right building blocks for each client is part of the reason why I was plunked on this planet – it’s just what I do.

I’ve devoted decades to playing in the imaginative ether of “what’s next” strategies, drumming up real-world and far-out marketing innovations, and relying on networks of contacts and support to significantly and unabashedly propel this idea of yours into reality. (That is, if you really want it to go.)

But it doesn’t just stop with me as your personal strategist. Once we decide on your strategy and marketing plans moving forward, I have any number of team members that we can choose to call upon to help us create this GOAL THING that’s under your skin.

#2.
I help you quell the warning voice … you know … that voice in your head that says you never can win with this idea … the voice in your head that says you’re too busy, too broke, too tired or too comfortable and that you’re absolutely surrounded by people who will bash, ignore, talk down, scoff at, laugh at or otherwise derail your attempts at taking a chance on this idea. (Who really needs a new idea after all? Look at all those ridiculous people like Ben Franklin, Marie Curie, Henry Ford, Gandhi, Thomas Edison, Martin Luther King, Mother Teresa, Bill Gates, Nelson Mandela, Oprah, Steve Jobs, Jeff Bezos, Richard Branson, J.R. Rowling and Mark Zuckerberg who ignored that sensible warning voice.) 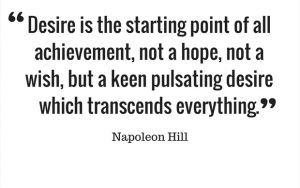 After building more than $70 million in new revenue for clients over the years, I’ve learned that big ideas are never squelched because of outside influences or economic times but by a single individual’s economy of mind.

Here’s how I can help

Because I haven’t been able to stop thinking of you since Frank Sinatra’s song this morning, I’m dusting off an age-old offer that I haven’t offered to any client in the last seven years. I’m leaving its 7-year-old pricing “as is,” because I don’t think it’s a coincidence I thought of you. I believe you have something in your head that could be a very Big Reality. Here’s what I’m suggesting:

1 30-minute complimentary phone or Skype call between us. This helps me get a lay of the land and where you need the most attention in the fastest way.
From there:
3 months of direct consulting in my 90-day Marketing Strategy Package. We’ll map your course to that Big Goal, set up Action steps and strategies, and bring in any additional resources to make fast and efficient progress.

Here’s your chance to get that 2017 Goal back on track.
See details of our 90-day working relationship here …