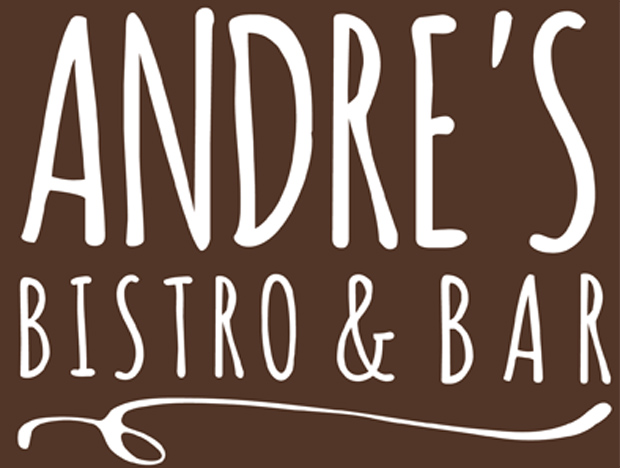 As they say, with every door that closes, another door opens. Andre’s, my longtime client in Las Vegas, chose to move away from its Michelin-starred traditional French cuisine … after 35 years of phenomenal success … and move in a new direction with a more casual “bistro” style restaurant that even exists OFF the Las Vegas Strip.

While its sister restaurant, fellow Michelin-starred Alizé continues to operate at the top of the Palms Tower, and continues to rake in foodie awards and accolades everywhere, the owners behind Andre’s are excited about a more casual entry in their quiver of restaurants. So, after working through a brand identity exercise with its applicable management (including new Chef Scott Sampson), or team worked through a number of brand identity options based on the Brand Identity Brief we had created for the new entity.

Now, signage is going into play and we’ve begun work on the new menus (all part of the brand identity!) It should be a very interesting number of years ahead! If you’re interested in working through a brand brief exercise with our team, please don’t hesitate to contact me at Diane@Armitageinc.com