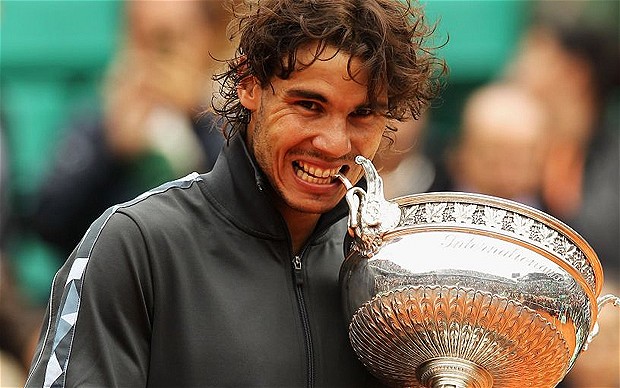 Once again, Tennis Great Rafael Nadal teaches us how to act like champions. At the Australian Open Final, he wracked his back early in the second set and took a medical timeout off the court. On his return, he was actually booed by hundreds of idiot fans, even while it was clear he was seriously injured. Rather than retire from the final that would have given him a notable, worldwide record, he stuck it out to the bitter end, barely able to move on the court.

At the podium, Rafael could have made even one snide comment, and they had it coming. Instead, he had nothing but great things to say to the fans after his crushing loss.

I thought about this speech all morning yesterday prior to going into a bank that has repeatedly failed me. It was time to close my accounts and I was ready to tell them what I REALLY thought about them . . . but I took the Rafael high road instead.

It’s amazing how people respond when you take the high road, isn’t it? I’ll tell you one thing – Rafael gained thousands of new fans simply from the class act that he is.