The Year of the Snake is Upon Us 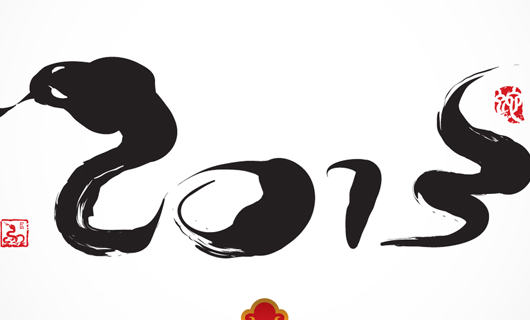 Years ago, I got my certification in Feng Shui, and my home looks more like a Buddhist monk’s than some blond Orange County chick’s house. I also love the Chinese New Year, and believe that each “Year of” can coincide beautifully with our intentions and manifestations.

Year of the Dragon is leaving us

As an example, last year was “Year of the Dragon.” It’s the biggest, boldest year of the 12-year cycle, and when you’re a “Dragon” sign, it’s doubly bold for intention and manifestation. (Yahoo!) The Chinese celebrate the Chinese New Year by installing a representation of that year’s animal (dragon, horse, pig, dog, etc.) prominently in their homes for the 6-week celebration to invite its magic and gentle lessons into their home, their lives, and their year.

So, last year, even though my home is already littered with dragons, I spent weeks looking for THE dragon to commence my New Year. I literally stumbled upon the magnificent (really large) creature at a Pier One store and, when I lugged him up to the cashier, I was told he had arrived quite by accident with no manifest attached, so they had just guessed at a price for him. (Well, of course, because he had to be my dragon, right?)

I planted him on my large, low coffee table and adorned him with all the Chinese New Year trappings. He was turned toward my front door (any dragon should face your front door unless you have a water dragon). He made quite an impact on visitors coming through this front door.

Days later, my business took a decided and unexpected turn for the better. Was this the Dragon’s doing? No, silly. It was my HEAD’S doing, that somehow decided it had an ally or added lucky charm and assumed business was going to grow magnificently and easily. So … it did.

At the end of the 6 week Chinese New Year celebration, every Chinese person in the world probably took their dragon statue or painting down, but my Dragon wasn’t budging. Are you kidding? What a great visual representation of what I intended to manifest in 2012! He has remained – steadfast on that coffee table – ever since.

Prepare for the Transition Away from Year of the Dragon

Chinese New Year begins this year on Feb. 10th. Much like people say about Mercury going into retrograde, the last few weeks of a Dragon Year can be particularly . . . .sparky. Lots of embers flying around, lots of smoke and puffery going on, lots of dramatic spiked tail swishing as our ever-flashy Dragon makes his exit. If it seems your life has been rather upended, chaotic or that your eyebrows are simply singed from your head these last few weeks, you have my permission: Blame it on the Dragon.

The Chinese recommend you get all your contracts in order, and wrap up negotiations of every sort and kind before Feb. 10th, because we’re moving into a “YIN” year that may suddenly seem much slower-paced and reticent to your bellowing, billowing, belching-smoke-pace of 2012.

Snake years are great years, too, because Snakes are all about transformation and shedding of one’s skin. In the year ahead, you will be given plenty of opportunity to “shed your skin” of who you are now to who you are becoming.

Perhaps it’s time to finally shed past histories and stories. Maybe it’s time to move into the business you’ve always wanted to create, or call the one prospective client you’ve held yourself back from calling all this time. Where do you seek – and deserve – transformation? This is the year to take that decisive action for growth!

As the year progresses, don’t let yourself get impatient with the process. This might feel especially difficult to do after dismounting from the Dragon’s back, but it’s important that you give growth the rest and space it needs. Bear in mind: A snake doesn’t shed her skin in a matter of seconds, and she seems quite unruffled during the process.

This is an important year. Don’t just let it “slither” away.