I’m Officially Dumping the Year of the Snake 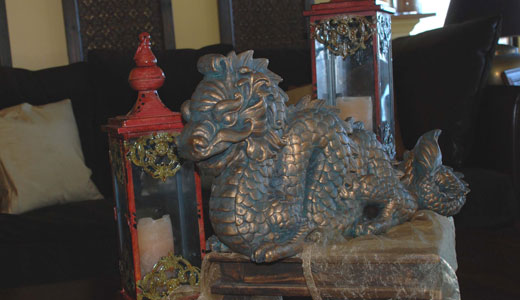 Now, no matter how anyone tries to dress it up, the Year of the Snake isn’t necessarily a subject that causes people to rub their hands together with glee. It represents retraction, some loss, big changes and transition. It represents shedding one’s skin to transform into something new … I like that part, because we all need to shed our skin and move into who we really are, but the rest of the Snake thing just doesn’t appeal to me. I’ve been trained through years of working with the actual people and/or the materials from Bob Proctor, Ernest Holmes, Michael Beckwith, Jack Canfield, Mike Dooley and Mary Morrissey that each of us possesses a spirit that is ONLY for expansion and expression, not for retraction … unless, of course, we have to pause a moment to shed some skin and THEN move on. I’m down with that. Shedding skin. All good …

But, the rest of this Snake year thing? Well … allow me to get back to my story …

Being the dutiful Feng Shui certified blah-de-blah, I went along with it. Tucked my mighty dragons away into high corners and shelves after enjoying the most magnificent year I’ve had in years last year (2012 was officially the Year of the Dragon). Sought out snake “decor,” framed it and placed it all over my home in the proper spots. Did all the dutiful things that we’re supposed to do through the Chinese New Year celebration to solidify thoughts and actions around the Year of the Snake.

And, for the record, as soon as the Year of the Snake was upon us – the very day the Chinese began celebrating this New Year – just about everything in my life took a turn for the worse. Seriously, it was like discovering your garage springs have broken … finally wrestling your car out from under your garage door … suffering a fender bender moments later … and driving a hundred yards more  to be broad-sided by a train. All in the space of an hour.

Eventually,  each morning as I’d wake up and look at my magnificent snake decor and framed paintings, I noticed I had developed a sneer. I hated that Snake. I missed my Dragon Year. My dragons missed me, too, woefully shaking their dragon heads and snorting dusty cinder smoke, stuck up on shelves away from the business at hand which, of course, belonged to the Snake.

Yesterday, after one bad thing after another occurred, I had an official Di “Year of the Snake Meltdown.”

In other words, the epiphany had struck.

Screw this Year of the Snake!! This is not where I live, breathe or operate. I don’t care if this Chinese Calendar thing is several thousand years old, and I don’t care if I’m booted out of my Feng Shui Certified Peeps-Only garden parties. The Snake has got to go!

This morning, I removed the Snake from my home. I burned the big piece of Chinese Snake art in effigy out on my deck in my pizza oven. Then, I lovingly cleaned up all my dragons, put them back in place (with their gold runners and surrounding towers of new candles), all the while hearing them snort their righteous annoyance at my stupidity.

And guess what happened?

In a mere hour, things began to turn for the better. I kid you not.

Broken things found fixers who magically appeared on the scene (as just an example, my garage door has been acting up, and as I walked out to get the phone number of the garage door guys who had installed it, I found THE guys parked smack in front of my garage door, just hanging out). Long-awaited emails showed up. Connections I was anticipating came in after weeks of stalling, wondering and waiting. And client checks, all of which seemed to have gotten lost in the mail repeatedly, blew into my mailbox this afternoon.

You think the Dragons put this all in place for me?

What you intend and what you expect … happens. You don’t need a dragon to tell you that.